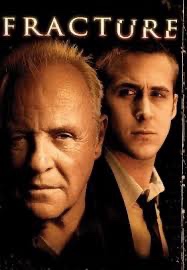 A clever film, a cat toying with the mouse comes to mind. The protagonist could have been anyone assigned to prosecute this case of murder, it happened to be Willy Beachum (Ryan Gosling), who is transitioning from public service to a private firm. He thinks it is a slam dunk, and he has a track record of not losing.

Until he comes up against Ted Crawford (Anthony Hopkins), a meticulous, and brilliant engineer who after witnessing her affair, murders his wife. He is the cool-headed antagonist, and always seems to be one step ahead.

A good watch, one that I enjoyed. Definitely worth one more watch to identify any clues from earlier in the film.